Why I Was In So Few Movies

The Acting Business Is An Emotional Rollercoaster 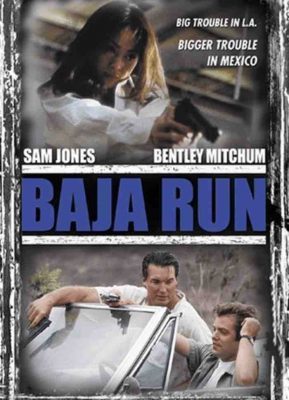 I am often asked why I was only in Undefeatable. I was also in a episode of a TV Series by PM Entertainment called LA Heat and the episode was (Night Of Electra) that was sydicated, I played a guard in “Out For Blood” a Don Wilson movie and that was very shortly after arriving in LA. I think a personal training client hooked me up with an audition. There was a spoof on the Ten commandments called “And God Spoke” I auditioned for Able and Lou Ferrigno starred in the film as Cane. I thought I had it, but the casting director said I was to big and they needed someone small to play Able. So the casting director asked me if they could use my audition for the films intro. It is probably out there somewhere. In the movie Baja Run I played a drug dealer. One of the main players was Sam Jones from the Flash Gordon series.

Shortly after moving to Las Vegas I was running a strip Club called “Striptease” which is a profession I picked up while pursuing acting in LA. I ended up managing a club called the “Jet Strip” in Los Angeles. Getting back to the work I did in Las Vegas which was a documentary called “Breaking Vegas” which was a Atlas Media production. A location for the documentary came into Striptease and was interested in using the club for the episode which was called “Dice Dominator”. Told him it was 24 hour club and would not be able to use it. I then told him I was quitting the club and was an actor. He asked if I had a head shot and resume. He came back in the club the next night which was on a Saturday and picked up my info. The next night I had a call from the producer stating that she wanted me to audition for Frank Scoblete who was a professional dice thrower and written several books. This was a co-star role and I auditioned The next morning and I knew it was a win. My first try at playing the character was to intimidating and they asked for a different version. I worked it like they wanted and could see that was it. In the movie business taking direction and being able to change up is a big plus. Also, there were not many actors in Vegas that worked in film.

I spent around 6 years in LA grinding it out and after about six years I decided to hang it up and gain my sanity back. So getting back to the topic of “why s few movies,” that is a difficult answer but also easy. Back then Undefeatable was not as popular as it is today and trying to break into big budget movies or just getting in a B movie is very difficult and it really is who you know. I was tired of pushing the envelope and just did not want to gamble my life.

One of the best deals I had was blown due to the writers ego’s. Two writers along with my consulting on a script called “The Insider” which was kind of a James Bond type of movie and well researched about the 1997 convergence in Hong Kong when the British lost their lease there. The main character was played by me and I was International diplomat whose father left him a company that built black budget items for the government. I had the writers sign an agreement stating that the script could not be sold for 2 years without me as the lead. The script was passed on through a friend of one of the writers to David Bradley from the American Ninja movies along with a slew of others he did with Nu Image films. David called me one night while I was working in the club and said he really liked the script and wanted to talk. By the way David Bradley is a very talented entertainer and a awesome singing voice. David and I became friends and the sum of the conversation was that he would approach Nu Image about the project. I told David that I knew he had to play the lead, but I had to play the villain. David worked his magic and Nu Image liked the script. Nu Image spoke with the writers and explained that their formula and budget for films did not allow a Hong Kong shoot and it would probably be in the Philippines and need re-writing. The deal was that they could re-write it and be paid for the re-writing, but it would be written the 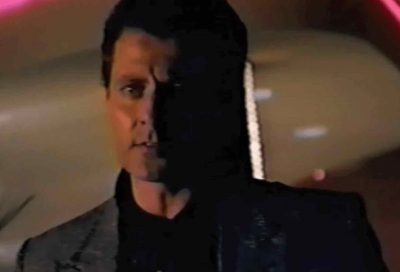 way Nu Image wanted it. The writers blew it and said no. If you are trying for years to break into the business as a writer or actor, you never blow the first deal for money or ego. If you are good, when you are made, you will get paid more than you are ever worth. That statement was told to me by a very successful director that I use to train who wrote and directed the series Street Justice which was shot in Canada. He was in the business for years and knew it inside and out. That was an ideal situation for me as Nu Image did a lot of low budget successful action movies and turned people like David Bradley into stars. That blown opportunity made me see red and other than a not so pleasant phone conversation when I received the bad news was the last conversation I had with the writers.

My Kung Fu instructor produced Undefeatable and made a deal with Godfrey Ho to direct it. Back at that time the formula for actors was to have a person that could be a lead co-star in a film and build your name in the marketplace. The plan was to make five movies and based on the sales and markets of the sales and success of Undefeatable, the next I would have starred in with a bigger name actor and keep making films with me as the lead. Godfrey had bought a home in Maryland which is where my Kung Fu teacher and Grandmaster Tai Yim was based and was a sign he would be sticking around. Later Tai Yim and Godfrey had a disagreement and that ended the plan.

I hope this gives you some insight on the movie business and tells some of my story. There were other interesting episodes of opportunities and i will continue to blog about film and Undefeatable stories along with interesting info about the various work I did in LA and contacts.

I will be blogging about a project that myself and a writer in LA are working on. It will be an interesting subject and real life events. You can follow me on INSTAGRAM  FACEBOOK PAGE and TWITTER

Don Niam is a professional martial artist and Kung Fu teacher who Co-Starred in the movie "Undefeatable". The film was made in 1992 and has become a cult classic. Don also is a personal trainer taking on a limited number of clients by referral only. Don resides in Las Vegas, Nevada. Don is available for film and television. You can contact Don directly through email form on this site or call 702.610.3896.